We have just been walking through natural grasslands with grasses and wildflowers towering over our heads. The vegetation was so thick in places, wecouldn’t see more than a few metres ahead. You may not realize it, but prior to settlement, Ontario was home to small areas of tallgrass prairie.

Down in Canada’s “Deep South”, within the Windsor city limits are the best examples of remnant tallgrass prairie in Ontario. Known as the Ojibway Prairie Complex, the five parcels of land in close proximity protect a few hundred hectares of tallgrass prairie and oak savanna:

The City of Windsor portions total 127ha. Thank goodness for the City of Windsor!! If it wasn’t for their foresight, there wouldn’t be much left at all! This is critical habitat: there are more “species-at-risk” (endangered, threatened, etc.) in Ojibway Park then in any other park in Canada.

These areas can be visited at any time of the year, but they reach their biological peak in late July and August when the wildflowers are out, the grasses are in seed and the butterflies abound. Spring and autumn bird migrations would also be prime times for visiting.

Of the 28 hours we stayed in Windsor, 18 of them were spent walking, photographing and birding in the first three of the tallgrass prairie properties. Nature photographers will certainly get their fill, while landscape photographers will have their work cut out for them. I imagine autumn and winter conditions would be ideal for landscapes, particularly of the oak savannah.

If you feel passionately about protecting these areas, then head over to the Save Ojibway website as, it appears, a parcel of land that adjoins three of the properties is slated for development into big box stores. It’s not the big box stores that are the problem, but rather, development of any kind could severely threaten the already at risk species in the area. Consider lending your support to help create a more complete buffer around these significant areas. 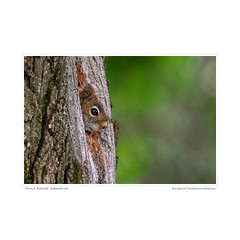